The Massey Memorial at Point Halswell, Wellington, commemorates William Ferguson Massey, prime minister of New Zealand from 1912 until his death in 1925. The exterior is pale Tākaka marble, resting on a base of dark grey Coromandel granite. The memorial was unveiled in September 1930.Originally known by its Māori name, Kaitawharo (‘to eat jellyfish’), the point in Wellington Harbour was renamed after the Commissioner of Native Reserves, Edmond Halswell, who arrived in New Zealand in 1841. In 1886, following fears about Russia’s presence in the Pacific that had grown since the Crimean War, an 8-inch gun emplacement was constructed on the site. The gun pit was later repurposed to form part of the tomb of Massey and his wife Christina. 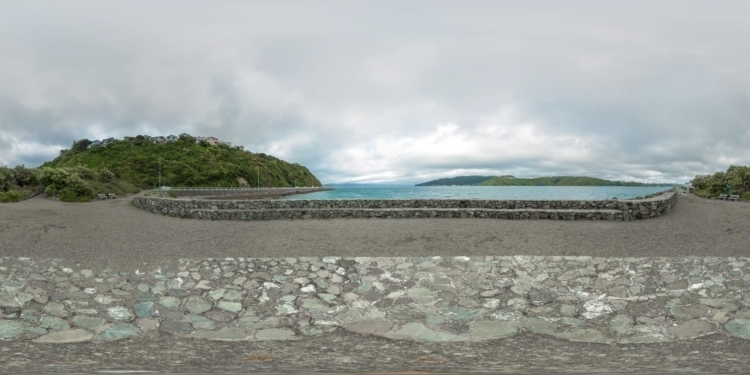